Bhutan is a small country in the Himalayas between the Tibet Autonomous Region of China and India. Besides the stunning natural scenery,the enduring image of the country for most visitors is the strong sense of culture and tradition that binds the kingdom and clearly distinguishes it

from its larger neighbors. Bhutan is the only Vajrayana Buddhist nation in the world, and the profound teachings of this tradition remain well preserved and exert a strong influence in all aspects of life. Due to its pristine environment and harmonious society, the tiny Kingdom of Bhutan has been called "The Last Shangrila."

Bhutan's landscape ranges from subtropical plains in the south to the Sub-alpine Himalayan heights in the north, with some peaks exceeding 7,000 meters (23,000 ft). The state religion is Vajrayana Buddhism, and the population of 691,141 is predominantly Buddhist, with Hinduism the second-largest religion. The capital and largest city is Thimphu. After centuries of absolute monarchy, Bhutan held its first democratic elections in March 2008. Bhutan is a member of the United Nations and the South Asian Association for Regional Cooperation (SAARC); it hosted the sixteenth SAARC summit in April 2010. The total area of the country is currently 38,816 square kilometers (14,987 sq mi). 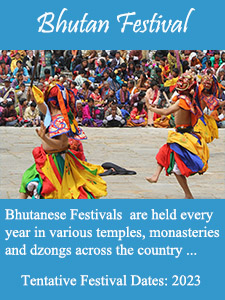 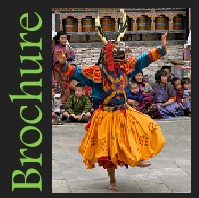